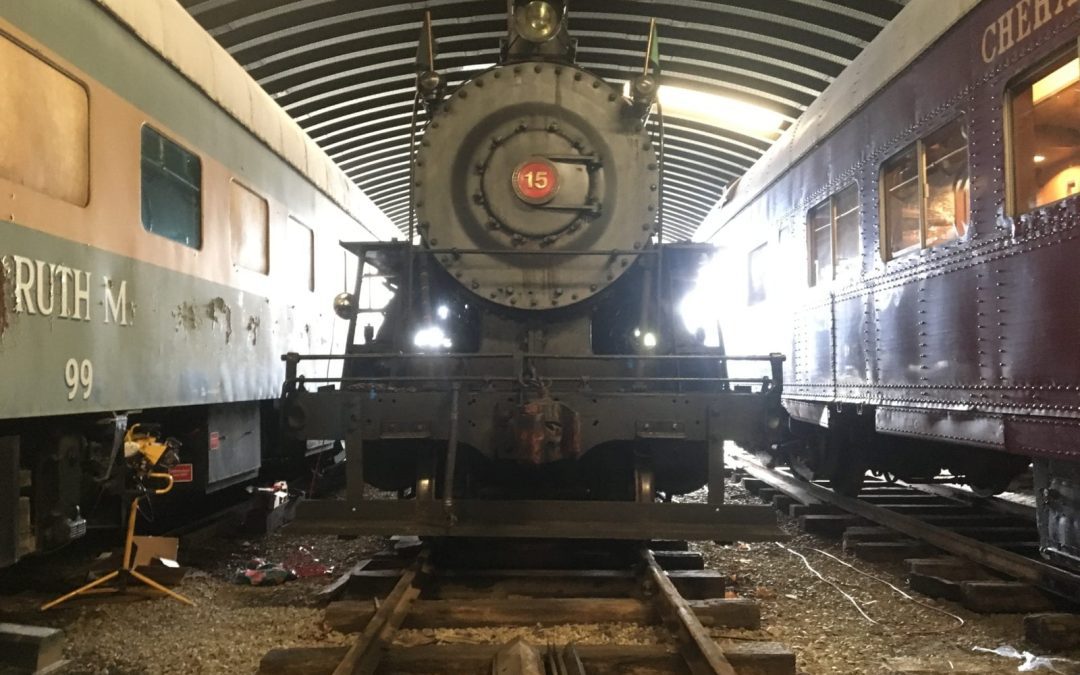 $150,000 awarded by Washington State Community Project Fund toward the repair of the popular Steam Train engine will ensure years of service for the Chehalis Centralia Railroad & Museum

Today, we are thrilled to announce funding to restore the locomotive has been awarded by the Washington State Legislature, led by 20th District Representative Ed Orcutt.

The Chehalis Centralia Railroad & Museum, a 501c3 non profit organization, president Mike Beehler explained that while the initial project funds were from a recent bequeath from Kurt Anders Estate, an allocation from tourism funds from the city of Chehalis, and nearly $10,000 in local community contributions, there was a need for more than double that amount to complete the project. With few other funding options available, this allocation from the Washington State Local Community Project fund, the Chehalis Centralia Railroad & Museum organization is rejoicing in this award to help preserve and protect the railroading history in Washington State.

Repair work began in May 2019 and continues with the craftsmanship of Steven Butler, a local Morton Locomotive Works expert in the skill of ironworks and heavy machine operation. The work is tedious and slow. Professional welding is required to meet Federal Rail Administrative regulations. High standards and strict codes require precise and careful workmanship. The goal is to repair our #15 to the current required standards to enable her to carry passengers along the Chehalis Western rail line, now owned and operated by the Chehalis Centralia Railroad.

The Cowlitz, Chehalis & Cascade Railroad, CC&C, had its origin as a trolley line in Chehalis to Centralia before becoming the main stay in logging and timber hauling on a 32-mile run between Salkum and Chehalis. Two daily trips also carried passengers from outlying towns. A remnant of those days was #15, a Baldwin Steam Locomotive which was built in Philadelphia in 1916. Originally, the Mikado locomotive was purchased to haul logs for the Puget Sound and Cascade Railway near Mount Vernon and was purchased in 1928 by the Cowlitz, Chehalis and Cascade Railway. She was known affectionately as “Old Lady” when she was on display at Recreation Park in Chehalis. She made her last run in May 1955. For 33 years she sat, but a lady can sit just so long being beautiful.

In 1985, Steve Hendricks, Bill Peterson, Harold Borovec and a group of concerned citizens began talking about recommissioning her. Harold Borovec, who just turned 94 years old, as a boy used to ride his bicycle along the tracks in Chehalis and called #15, “his train.”  He is the boy who never forgot and today you could say it is “his train.” Harold made his own dream a reality. The restoration took time, 2 years and 5 months to be exact. From 1985 to 1989, #15 underwent extensive restoration at the Mineral railyard. A labor of love and devotion brought her to a new-found purpose. For the past 30 years “Old Lady” has carried happy passengers on scenic rail excursions through the Chehalis River Valley. She has carried thousands of school children, young adults who have never experienced train travel, and many, many seniors who reminisce riding on our 104 year old locomotive about the sights and sounds of railroading as it used to be. Today after 104 years, she needs some serious renovations to repair a severely worn firebox. No one is happier than her long-time admirer, and 94 year old engineer, Harold Borovec. He wants more than anything to get behind that steam engine, at least one more time and pull her whistle for all to enjoy. His dream will now come true.